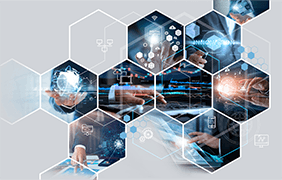 July, 2022
PTP has expanded its sales and service capabilities with the addition of Engineered Components, Inc., Palmertown, PA to its aerospace sales network.

Engineered Components has, for more than 4 decades, specialized in sales to the aerospace sector, specifically switches, sensors and fluid power systems for OEM and MRO applications. It will provide business development and technical consulting for PTP’s ring and key lock studs and inserts, specialized bolts, screws and shafts, and similar components. 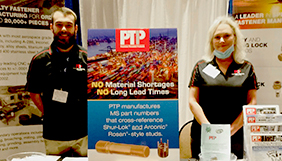 November, 2021
Joe Syryla and Laurie Kearney greeted customers and prospects at ACM’s annual exhibition November 10 at Hartford’s Connecticut Convention Center. ACM comprises one of the largest, most experienced concentrations of world-class suppliers to the aerospace industry.

September, 2021
Precision Threaded Products participated in the development of 16 proposals for the Tinker Air Force Base Propulsion Directorate relative to the TF33 Engine. The TF33 boasts decades of performance in military and civilian service, with more than 1,000 engines currently in service. The TF33 engine has accumulated more than 72 million flight hours, most while powering the B-52 bomber, an aircraft capable of flying at high subsonic speeds at altitudes up to 50,000 feet.

The proposals were part of a US Air Force initiative to rapidly provide manufacturing solutions for TF33 engine parts challenges. Contracts were awarded to PTP and its partners for all 16 proposals. PTP is honored for the opportunity to serve US warfighter efforts through innovative prototyping and manufacturing, and lean practices that streamline lead times. 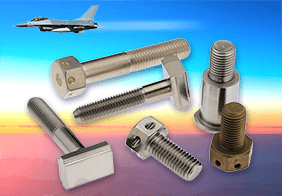 April, 2021
Precision Threaded Products has expanded its manufacuring capabilities for precision bolts to include T-Bolts, a broad category of critical fasteners used throughout traditonal aerospace and aviation, and in the rapidly-developing electric aircraft sector.

T-Bolts are widely used to clamp fixtures and tooling, in T-Track clamping systems, in leveling systems, and in engine overhaul operations. Their distinctive head geometry allows both internal and external fixturing. They are generally less costly than hex bolts, the product they often replace. T-bolts can be efficiently manufactured in orders of all sizes and require less machining and secondary processing than other types of aerospace bolts. Learn more 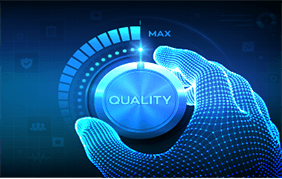 April, 2021
Precision Threaded products completed its surveillance audit in December, 2020, and was approved for continued certification to ISO 9001:2015 and AS 9100. As you would expect for an aerospace quality certification, AS 9100 places a much greater focus on risk management. This means that PTP documents, evaluates and mitigates risk in a structured, effective way - allowing us to ensure the highest level of quality assurance for our customers. Precision Threaded Products is a PWA LCS, UTAS and GE Approved Vendor, and is Federal Government / Military Build-to-Print approved. All PTP products are made in the USA. 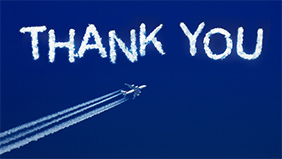 March 29, 2021
PTP thanks every member of our production and administration teams, loyal customers and vendors for a record sales year! Despite it being a challenging year, there were many notable high points, including the addition of a new CNC, a total rebuild of our high-performance thread rolling equipment and the addition of new thread roll inspection equipment. 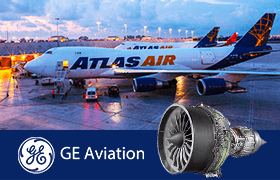 February 24, 2021
Atlas Air Worldwide Holdings, Inc. has signed an agreement with GE Aviation to purchase GEnx-2B engines for its four Boeing 747-8 Freighters, along with a 20-year TrueChoice Overhaul agreement. GEnx-2B engines are the fastest selling high-thrust engine in GE’s history, with more than 2,500 sold to date.

February 23, 2021
PTP congratulates its customer, Timken Company for being named one of the World's Most Ethical Companies® for the 11th time. Ethisphere Institute, a leader in defining the standards of ethical business practices, announced its 2021 honorees today. Ethisphere assesses a company's culture, environmental and social practices, ethics and compliance activities, governance, diversity and initiatives to support a strong value chain to determine its list of honorees.

Companies from 22 countries earned a spot on the list; Timken is among eight companies honored in the industrial manufacturing category. 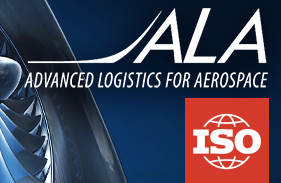 January 13, 2021
ALA SpA, a distributor of PTP fasteners and other precision aircraft components, has been awarded ISO 14001:2015 certification, a standard that specifies the requirements for an effective environmental management system (EMS). The ISO 14001:2015 standard is a voluntary, but increasingly important certification that provides assurance that all possible environmental impacts are being assessed, measured and minimized.

May, 2020
PTP congratulates its valued customer, Boeing, on their recent award, by the US Navy, of $3.1B in cruise missile contracts. Boeing will build the Harpoon and Standoff Land Attack Missile Expanded Response (“SLAM ER”) weapon systems in support of Foreign Military Sales.

The production contract is valued at more than $1B (USD) for as many as 1,700 T700 engines. These engines are manufactured at GE Aviation’s facility in Lynn, Mass.

On March 15, GE Aviation completed its first flight test of the world’s largest jet engine, the GE9X. GE is building the GE9X for Boeing’s new 777x long-haul airplane. The GE9X engine lifted off March 14, under the wing of GE Aviation's Boeing 747 flying test-bed in Victorville, California.

PTP will soon be certified to manufacture HS4773-equivalent parts for Boeing. Details soon!